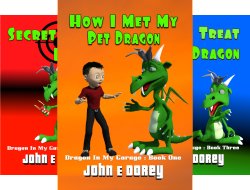 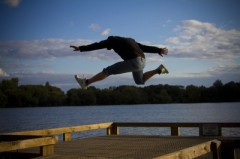 September is officially my third month of blogging. I now have an archives and I’m so amazed at what my blog has become. A simple idea of using “What if” as a means to write has evolved into a full fledged blog complete with followers, comments, likes and friends.

September should not be any different. On the first day of this month I had my most views ever according to my stats (120 views in one day, not bad). I set up a what if writing challenge “What if you were a mad scientist?” so far having two great bloggers submit two outstanding posts for the challenge.

Take some time to check out how Rob would handle the power he wields and if he “Would really hold the world hostage?” or

Both great posts with a take on being a mad scientist. You can still get your post in and join in the what if fun.

This month I should reach a few milestones that amaze me every time I think of them.  I’ve recently hit 500 likes, 2000 views and will soon reach my 100th post. I’ve received award nominations along the way, had a couple of my stories or poems featured on other sites and enjoyed a lot of other great blogs. September can only be better.

I’ve already got a few ideas for future challenges and stories that I hope you’ll enjoy. I will be posting the finale soon to my short story “What if I found out my mom was an alien and my dad was a robot?”. This story started as one post and quickly became four because I wrote a lot more than I originally planned, but I think the final project turned out great.

I’ve already started on my next what if story “What if cell phones lead to humanity’s extinction?” and I think it will be my best yet. Here’s a little teaser from that story

If you answer, evil wins!

The words were spoken slowly and made no sense to him.

“You will kill any person you see. Evil is everywhere, in everyone. No one is immune. Kill, Kill, Kill”

Charlie shook his head, hit the end button on his phone and thought “stupid crank calls, nobody can come up with anything original anymore”.

Hope that entices you back for more because there will be more. I’m enjoying myself way too much to stop now. So I believe September is going to be blogging awesome and I can’t wait to what it brings with it. Thanks for reading!

6 thoughts on “What if September was going to be bloggin awesome?”

What are your thoughts? What if you shared them? Cancel reply