What started as a normal conversation about Christmas between me and my sister today turned into a weird thought. I started wondering how Santa came across all those little elves willing to work so hard to make gifts for the world they would never get to see. Why are these elves willing to work long hours and live in the coldest part of the world?

My sister mentioned a sacrifice for Santa and I think she was originally making a joke about the cookies left on Christmas eve, but it got my mind working. What if Santa’s elves are really kidnapped or sacrificed children that have been forced to work as Santa’s slaves. They have been magically transformed into immortal toy making machines.

I know this doesn’t seem like the normal cheery Christmas thoughts but my mind does tend to wander beyond the normal realm every so often. If a kid is naughty enough during the year and a stocking full of coal is not good enough, Santa stops by, stuffs the kid in his sack and carries it back to the North Pole. It seems like a legitimate possibility.
END_OF_DOCUMENT_TOKEN_TO_BE_REPLACED

Can the combined magic of Harry Potter and Santa Clause save Christmas?

Find out in Harry Potter and the Sleigh Ride of the Angry Elf! 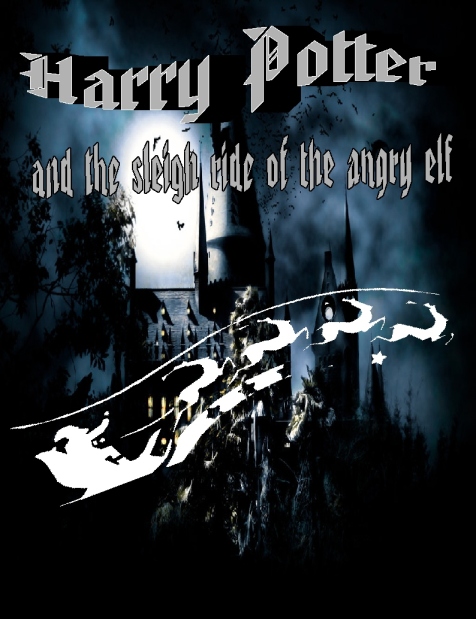