I haven’t done a What If? movie poster in over a year now but tonight I had an idea and a little extra time.

Super hero movies are all the rage at the theatre and zombies rule the TV screen so how could a movie that combined the two fail?

I will try to share more movie ideas as soon as they pop into my head. If you have an idea and think it could be made into a good movie poster let me know. 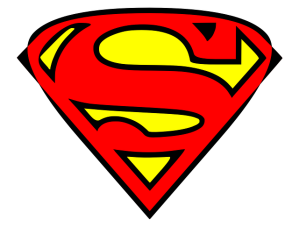 Years of saving people and stopping super-villains had made Superman a bit cranky. No matter how many times he stopped Lex Luthor and put him in prison, he always escaped to cause more chaos. Every time a satellite was malfunctioning the government would call, expecting him to fly into space and fix it. If a house caught fire or an eighteen wheeler turned over and he was not immediately there to help out, everyone complained.

It was just too much. He needed a break but a vacation for a super-hero was nearly impossible. Hell, just a good night’s sleep was something he hadn’t experienced in years. Then today he received this! The city of Metropolis had sent him a bill for the destruction caused during his latest fight with Doomsday.

How could they possibly expect him to pay a million dollars in rebuilding costs? All the good he had done for this city and he never received a dime compensation. I mean even that stupid Golden Key to the city they gave him was made of a hollow metal. That was it, all he could take, he had had it. From now on he would let the people fend for themselves!

It was only a few days before the city was in complete chaos. Almost every bank had been robbed at least once and half the police force had quit. Without the help of a super powered being to fight the super-villains they decided this was not the place for them.

It took every ounce of Superman’s will to hold back and not save everyone. He watched as the villain’s gained control of the city. After a while it actually started to make him smile. He started to chuckle every time a news report contained the headline “Where is Superman?”. For some reason he enjoyed the fact that the city was not able to survive without him.

He decided to make his appearance again, but he was a changed hero. No longer the doormat of the city he would choose when, how and why he choose to help out. If the city itself or the government agencies needed his help they were going to pay for it. Why shouldn’t he have just as fancy a mansion as the local hero of Gotham City did?

He flew into to town to applause from the city’s inhabitants. An older lady approached him asking for help. Her cat was at the top of the tree by her house.

“Sorry, lady. That’s a job for the fire department or the neighborhood kid. I’m much too Super to do a menial task like that.” Superman told her.

The gathered crowd let out a collective gasp. What had happened to the Man of Steel during his hiatus?

Suddenly a car came screeching by, shots being fired. A police cruiser was on its heels and pulled to a stop at the site of Superman.

The officer driving hollered out the window asking for help, saying the car they were pursuing was full of bank robbers. Superman went into action and seconds later had the criminals in hand. He handed the cops two of the three bags of money from the getaway vehicle.

“Superman, thank you. I’ll go ahead and take these and that other bag back to the bank.” the officer told him.

“No, this is my reward for saving the rest. Tell the bank It’s a down payment on the back money owed for my security duties up to this point.”

Another collective gasp was heard from the gathered onlookers. Had Superman been dipping into the Red Kryptonite again?

Superman took flight and hollered back to the crowd “Sorry about that. Couldn’t hold it any longer. It will dissipate in a couple hours.” then could be seen chuckling to himself as he flew away.

The crowd and the cops looked at each other wondering what the great hero was talking about. It was answered quickly as a distinct odor enveloped the crowd. A few people even passed out from the strong smell of a Super-Powered poot from a Super-Ass. 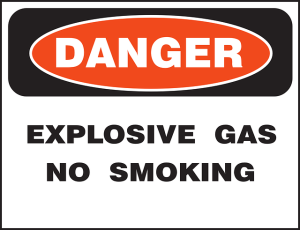 Have you ever wondered what super-heroes do after they just saved the planet from destruction? How do they unwind after a long day of catching baddies? Do they go home alone, having no one to share the day’s events with?

Well the folks at Anheuser Busch decided it was time to show a little appreciation for their sacrifices. They decided to throw a huge bash and invite every known super-hero for an amazing evening in honor of everything they do for the world. All the food, entertainment and beverages to be provided at no cost. Just a relaxing night of fun among super powered colleagues.

It was a winning idea for the Anheuser Busch company. They were able to associate their products with the super-heroes everyone loved and the amount of free advertising received from the media coverage was enormous. They leased out a football stadium, invited all known heroes and brought in truckloads of food and beer. Everything about the party was a huge success and the atmosphere surrounding was almost like an Oscars buzz. The heroes were led in on a red carpet  among photographers and hordes of fans.

A few hours into the night things began turning. The fact that some of these super-heroes did not get along or had grudges against one another was never considered. There was arguing among the guests as to whether certain “heroes” actually belonged. People like the Punisher, Spawn and Green Arrow were even asked to leave by the others, citing a true hero shouldn’t leave a trail of bodies behind. Needless to say they didn’t take it well.

There was scuffles and even a few brawls started up and the security was unable to diffuse the situation. How does one stop a pissed off, intoxicated, super powered being who can shoot fire from his eyes after all? They don’t and that created a major problem. Everyone outside the venue was cheering for their heroes while inside the place was being completely trashed. The chaos and destruction eventually could no longer be contained. It spilled over into the night causing panic among the spectators.

The panicking onlookers began to trample one another in an attempt to flee. It took members of the police and national guard to finally calm the situation but not before multiple injuries were suffered. The heroes were all told to disperse but were not monitored from there. Most made there way home without incident, but a few found themselves in additional trouble.

Wonder Woman crashed her invisible plane into the side of a mountain and was found unconscious and near death two days later when a hiker happened upon the scene. Luckily for her he took a new trail that day or she may not have survived. The recovery of the plane was near impossible due to the rough terrain and the fact that the debris was invisible.

Ghost Rider drove his fire covered motorcycle on a straight line for his lair and that was the problem. He didn’t take roads, just drove through anything in his way leaving homes, businesses and even highway interchanges destroyed and burning. Can you imagine waking up to a demon on his flaming motorcycle using your bedroom as his personal street? A few people no longer have to.

Wolverine was spotted at a bridge underpass disoriented among a group of the homeless. He was stumbling around and slurring his words badly but let’s face it, this was probably pretty normal behavior for him. He always finds his way back to Xavier’s school eventually.

Spider-Man was hit by a transfer truck, leaving a large splatter mark across the windshield. Mr. Fantastic was trying to show off and tied himself in a knot that took seven workers and three days to untangle. Storm passed out and her dream led to Hurricane Ororo which destroyed several cities on the eastern US coastline. The Flash lost his balance during a cross country run leading to multiple severe pavement burns and more than twenty crashed vehicles from his three mile tumbling slide on Interstate 20.

For nearly a week after the party the super-villains were running wild. They took full advantage of the heroes recovery time by robbing, destroying and terrorizing the public. No one realized the bad idea the party was until it was too late. Most of these heroes had never drank alcohol or been able to attend parties before, so they were incapable of handling the new situation.

This one party left a fierce path of destruction in it’s wake, sent the publics appreciation of it’s heroes spiraling downward and almost put the Anheuser Busch company out of business after settling all the lawsuits involved. A few heroes disappeared, presumably going into hiding, not able to deal with the embarrassment of their antics.

There is always a moral or two when super-heroes are involved and this story is no different.

Do not mix alcohol and heroes!

Too many heroes can be a bad thing!